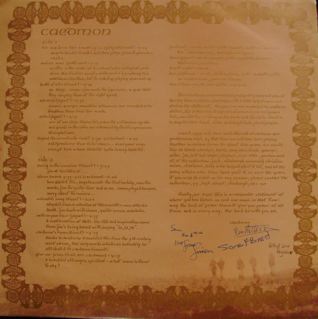 The album was recorded in a tiny home studio in Edinburgh – known to aficionados as ‘Barclay Towers’. No idea what kind of technology was involved, save the incessant fiddling with EQ to try and filter out the buzz of a fluorescent light strip over the cooker that was inadvertently left on during one take.

We recorded over two successive Sundays and mixed at a third session. It was four track reel to reel recording ……. live with occasional overdubs.

For us as musicians, highlights included using a cup and teaspoon to create the latin style percussion on ‘Maker Man’.

For the recording we borrowed Ever After’s Fender Rhodes but still depended upon my own Crumar Compac Piano which had three sounds: piano, clavichord and harpsichord. I bought it for £100 second hand. There was no touch sensitivity, but it seemed very modern at the time. All organ type sounds were played using the piano setting whilst sliding the volume control from 0 (when hitting the key) to the appropriate volume, to avoid the attack at the start of the note.

‘I played an Ibanez classical guitar on Maker Man that was bought in 1969. I sold my ‘Smiley Joe’ banjolele to raise money for the transaction. I’ve recently been buying ukuleles again to use in primary school work in my region!

The cello was a German instrument from around 1890.

I designed the sleeve with a black Rotring pen on 3 sheets of paper, one for red print, one for brown and one for gold. The Kissing Spell CD replaced gold with green. The buff base colour was intended to be lighter, but inexperience or miscommunication with Blackwoods the printers (famous for The Blackwood’s Edinburgh Magazine, 1817 – 1980) resulted in the colour that collectors now own. I had a few books of celtic designs as well as having an interest in Roger Dean (Yes album covers) and storybook illustration (Arthur Rackham, Mabel Lucie Attwell, Charles Heath Robinson & Bilibin), these influences are more evident on Charisma Folk Club posters from the time. 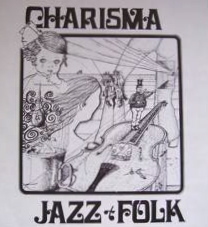 The single was included because the intended six tracks per side on a vinyl LP proved impossible to produce and we didn’t want to leave tracks 6 and 12 unreleased’. Ken Patterson.