Caedmon rehearsing for new album and concerts in 2010…. 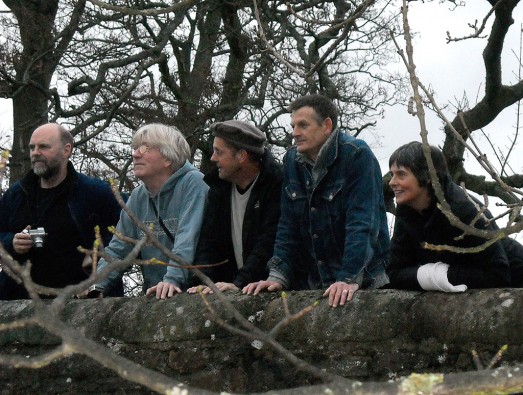 Five members of Caedmon meet on the ledge

Photo taken in November 2009: the band between rehearsals for April’s 2010 recording and May 2010 concert in Edinburgh.

The band warmed to playing a few of their 1970’s songs: Sea Song, Aslan, London Psalm, Columcille and signature spiritual ‘Give Me Jesus’ as well as their new set list of eleven songs written over the last year.

4 thoughts on “Caedmon rehearsing for new album and concerts in 2010….”